First, and please keep it in mind, I’m talking about XPages. Nothing more, nothing else. Some years ago, in an open discussion between the XPages Community and the XPages Development Team, we agreed that it would have a huge value, to have a XPages Designer which is based on the latest and greatest Eclipse Release and can be installed as Plugin / Addon.

What does the IBM Domino Designer make, when he has to build an XPages Application? 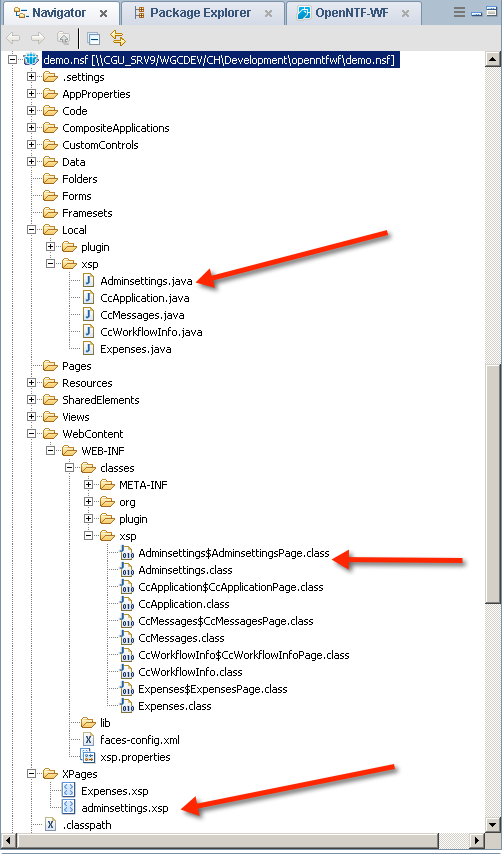 So how does the IBM Domino Designer this? And is there some special knowledge needed to figure this out? I try to explain it with a simple example. The XPages is an XML file, which describes the combination of Components. Lets assume we have in that file the component . The IBM Domino Designer parse this file and will hit the tag. Based on the xp the IBM Domino Designer searchs all Plugins that are responsible for the XP prefix. If you build your own Plugin, you have to specify an own namespace, like wgcpoi. wgcpoi holds all tags for POI4XPages. But lets go on with the xp:panel. It will figure out which plugin is responsible and the .xsp-config file in the plugin describes what with a panel tag has to be done. It will figure out that a panel tag is hold be a component and it will also give back the name of the class that is responsible for the xp:panel.

With the knowledge of the class name, the IBM Domino Designer build a function that creates a UIComponent (the root of all components) and instantiate the class like this

For each property that is defined in the XML there is a corresponding setter defined in the .xsp-conf. This is the way how the designer builds the Java .class. I know it sounds simple, but there is some more complexity.

Now this class is be compiled and then the whole package is stored in the .NSF.

The fun part now is, that the transformation of .xsp -> .java is already open sourced. It is in the XPages Bazaar available.

Based on all this I’ve builded an Eclipse Plugin that does the following:

On the IBM Domino Server runs a Plugin that receives the .xpjar File (via http) and does

While I get you some Insides now, I’m working on the first Alpha release. All I’ve pointed out works like a charm, but the preparation of the environment is not “Alpha” ready. But stay tuned 😉

Posted by guedebyte on April 2, 2016 in Java, OpenNTF, XPages